Short Essay on The Giraffe 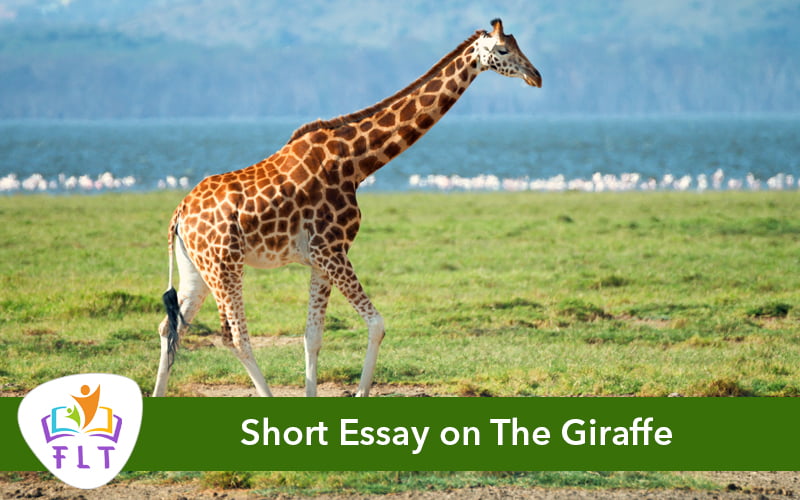 Giraffes are the tallest animal on land. The giraffe has a long and slender neck.  It has a spotted body.  It is a gentle animal with smooth skin.  The giraffe has a long face, long neck, two large eyes, and hair on its back.  That is a stiff mane with two short horns on the head.  The legs are as tall as a grown man.  The spots are brown or almost black in color.  Each giraffe has a pattern of spots.  But no two giraffes have the same pattern.

Giraffes can be 14 to 19feet tall.  Giraffes are much taller than other animals. They are mainly found in Africa’s grassy plains.  Giraffes stay together in a group.  The group is called a herd.  A herd usually has 6 to 12 giraffes.  Giraffes are herbivores.  It only eats leaves and other plant matter.

They have very long end tails.  There is a bunch of black fur at the end of their tail.  This bunch of fur is called a tuft.  They will use their long tail to swat flies and other insects of their skin.  Their front legs are longer than their back legs. That is why their backs slope down towards their rump.

When the giraffes run, they swing their heads from side to side.  This helps them to keep the balance.  Giraffes can run very fast.  They can see long distances since they have long necks.  It helps them to spot the predators easily and act accordingly.

A mother giraffe delivers a baby giraffe after 15months and it is called a Calf.  A newborn calf is about 6feet tall.  That’s about the size of a grown man.  Adult giraffes are so tall they could reach the top of a one-story house.  Giraffes live where it is hot and dry.  They mostly live on the plains in Africa.  These include Savannas and Woodlands.